Healthy Water for a Longer Life

Do I need Magnetic water treatment ?

Magnetics when properly installed can overcome a number of water problems on a variety of water types. Unlike most magnetic water treatment systems on the market our fluid reactor pure water systems was designed around cattle property applications and introduces a positive mono pole magnetic field. To achieve the desired result. With hard or salty bore water the positive field is crucial.

Coolabah magnetic water treatment have trained installers around Australia to fit up these pure water systems ensuring they are strategically located to maximize effective water conditioning. Our installers are fluent in water analysis and interpretation enabling them to correctly asses whether equipment other than magnets is required to correct hard water behavior. High total hardness in bore water is directly linked to poor water intake levels.

The Fluid Reactor breaks down the hardness (calcium & magnesium) making nutrients in the water fully available permitting livestock to smell these available nutrients at the surface of the water resulting in increased intake. The harder your water the greater the potential for the Fluid Reactor to increase consumption. Algae is controlled with the Fluid Reactor with reduced scale and an all-round improvement to water quality. I’ve heard others have made there own magnetic water treatment conditioners Is this wise?

The fluid reactor is a patented magnetic water treatment system it cannot be copied or re-sold. However, there are some of you that have paid money for a paper on how to make a magnetic water conditioner. The answer is yes you can but if you don’t understand why it works or how it should be applied then it’s a risky investment.

One fact you should be aware of is that the Neodymium material that is being used in these homemade devises is very fragile. Any moisture contacting directly with the magnet material will result in the rapid destruction of that magnet. Coolabah water magnetic water treatment have seen countless numbers of these home made magnets that are nothing more than a heap of dust in under a year. 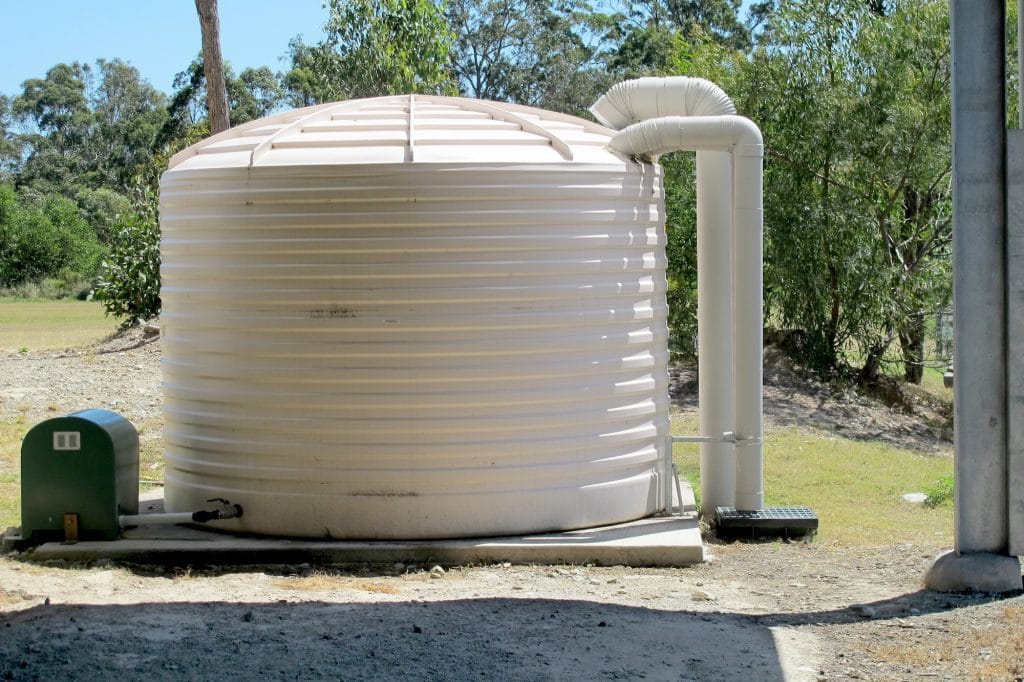 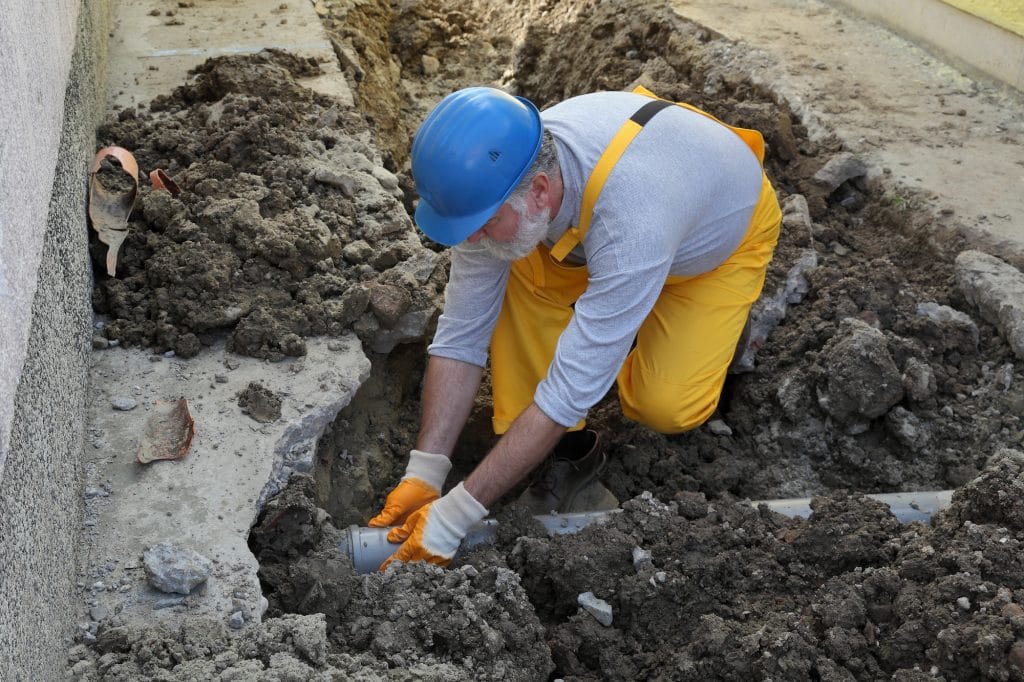 The fluid Reactor is the result of 15 years of R & D and a stack of money invested as well. The magnets are a combination Neodymium for power, and Barium for strength. There is only one factory in the world that can produce these magnets. They cost a considerable amount more than conventional neodymium. The process of moulding the system is complex, using a combination a dissimilar metal and an oven baking process to dry all the materials and cure the mould. The result is a pocket-sized conditioner that out performs anything you can make at home and we guarantee it for 10 years. Lets look at the cost for a moment. If you make a conditioner I suggest it will only perform if it is placed close to the trough due to electrical interferences. One more thing for you to consider. Coolabah magnetic water treatment have a network of guys in the field that need to make a living. The Fluid Reactor sales are what keep us available to you when you need us. Our phones run hot day after day and Coolabah magnetic water treatment continue to offer free advice. We don’t grow livestock and we feel you should consider not making magnets.

Salinity is a loose term that indicates an unacceptable build up of damaging salts in the soil. It is also used as a term for water that is considered to have a salinity issue – too many damaging salts.

What are these salts?

There are four major salts or Ions that are undesirable in water supplies.

Each of these salts has an electrical charge factor that makes them one of the following:

The balance of these 4 salts in the water effect how hard it is. Sodium and Chlorides are damaging salts whereas Calcium and Magnesium are more directly involved with the hardness of the water. Sodium and chlorides are commonly found together as a compound in NaCI (similar to table salt).

Calcium, when carbonating, or forming the white crystals acts like a glue and is regarded as the molecular glue of water. Calcium bonds readily with oxygen molecules and form a carbonate usually seen as a white crystalline residue once the water has dried. This white powder of crystalline substance is usually seen on many surfaces such as leaves and on the ground or on brickwork of buildings. It is the noticeable white substance left on the shower screen, around the taps, in pipes, on the car after washing.

Magnesium is a highly soluble mineral when formed as a carbonate will generally attack non ferrous materials such as copper and brass. This is the reason that councils put chemicals in the water to stop their valuable infrastructure from being eaten away by the product they are delivering (the water).

Sodium chloride and magnesium apart from being major base ions have no ability to stick to surfaces or remain in the soil by their own merit, except by charge factor with some soil types.

What are hard water magnets? Do they work?

In practice when you take a bath and use soap and if water is hard (i.e. contains these ions) there will be a reaction between these ions and the soap ions. This results in solids being precipitated you see the effect of this as rim around the bath – looks like you must have been very dirty, but not really. Some people refer to this as a tide-mark.

What is also happening is that the water cannot get access all your skin to wash away the grime and dust that has accumulated on it. A result of the mix of minerals and salts is the surface tension of the water is altered and tends to make your skin repel the water. Soap does not clean your body but it is essential to getting a good wash. Soap creates a mechanism whereby water can come into intimate contact with your skin thereby allowing any solids to be washed away by the water itself. It is the water that cleans your body not the soap.

So you can see hard water is bad news if you want a nice clean body. You will have noticed also how hard it is to get a soapy lather in hard water areas compared to say really pure rain water.

The ions described above (and mainly Mg and Ca) dissolved in hard water are not really magnetic in the sense that iron is for example. The magnets put the minerals in your water into suspension. This stops them from getting into your pipes, shower heads, heater coils and cuts down water spots on your car after washing and spots on the shower screen.

So magnets are a way of changing the water at very low cost temporarily until you have used it. Once you have used the water the magnetic effect is dissipated and so you have created no lasting change in the water. Water filters and water softeners reduce water hardness and remove minerals and salts.

Once permanent magnets are installed they are working forever as the magnets are permanently magnetised and so never need to be replaced or maintained in any way.

Earthing of your pipework when installing Magnets

When installing Magnets there is a phenomenon that occurs with magnetic flux is interrupted by the static charge building up within the pipe. This static charge is a result of the friction of water rubbing against the poly (plastic ) pipe. The same type of phenomenon occurs when you rub a piece of plastic with a dry rag you can feel the static charge by rubbing it on hairs on the back of your hand.

By earthing the water in the pipe the negative effect caused by the static charge is reduced dramatically. Essentially the earth stake grounds the charge the amount of charge depends on the amount of contact the water has with the poly pipe more than one earth may be needed.

Our earth systems can reduce the static charge in the water and increase the efficiency by as much as 70%. The increase in effective magnetic flux can save you thousands of dollars in reducing the number of magnets required and increasing the time that the magnetic effect works for.

We would love to chat with you and find out what your water issues are. Treatment, filtration, purification and sterilisation can be complex, please call for advice.